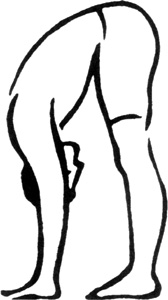 Thought I'd post this one before the club DJs find it and ruin it for everyone. My fondnes of Armand Van Helden has been up and down over the last five years to be honest, but nevertheless he still makes great club music. Back in the day I was into more funkier electro and club music, so I loved his hits like 'Funk Phenomenon', 'Flowers' and the anthemic 'U Don't Know Me'. He remained in my good books when he came back with 'Koochy' that scratched-the-fuck-up Gary Numan-sampling little gem. But after that he slipped down my ladder when 'My My My' became what it is today. Maybe its just because Ive had so many shit drunken nights, in boring clubs dancing to that crap. But right now I think I would enjoy dancing to this track, but if any of them useless DJs start to play this.. I know i will absolutely hate it. So enjoy it while you can!
Armand Van Helden - 'Touch Your Toes (Feat. Fat Joe)' //Unknown

I think we've all heard and enjoyed SMD's mixes of W.A.Y.U.H by now but I must admit I was a little dissapointed not to find their remix on the the 7" or CDS release for The Rapture's new single. I hope there'll be a following 12" with the remixes, also hopefully containing this unspected remix by Claude VonStroke. This is available as track 2 on the CDS and is a a little more of a minimal electro workout compared to the other remixes. 'W.A.Y.U.H' is out now on 7" and CDS and available to but at most record stores including Juno.
The Rapture - 'W.A.Y.U.H (Claude Vonstroke Pantydropper Vocal Mix)' //Mercury 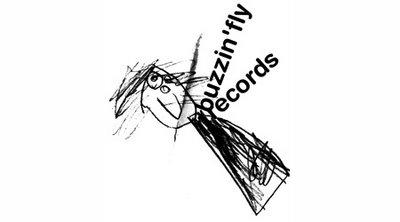 Ive always liked Ben Watt's Buzzin Fly label. It always puts out quality compilations, and Justin Martin one of the labels best artists never dissapoints me with his productions. His 2003 release 'The Sad Piano' is by far my favourite release from this label, and such a great soulful house number. Ok I know some of you will be thinking right now... Soulful? eh? Well just listen, this aint no shit funky house your thinking of and I can only praise his beautiful work. His latest release 'The Fugitive' may be more suited to some of you though. Id say its more of a a tech-house production but theres still that feeling in there that gives this track a more captivating and blissful character. 'The Fugitive' by Justin Martin is out now on Buzzin Fly and available form Juno and Phonica.
Justin Martin - 'The Fugitive' //Buzzin Fly
Justin Martin - 'The Sad Piano' //Buzzin Fly

Staying in Portugal for now, a visitor to this blog pointed me in the direction of Moulinex another Portugese bunch who produce some commendable filthy electro similar to that of Guns'N'Bombs or Boys Noize I dare to say... There are some Demo tracks available on their MySpace if you're interested in finding more, and there's even a mighty fine mixtape up for grabs too! 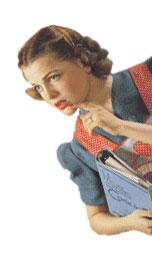 In other news, it seems a few people actually liked my Daft Punk VS Yeah Yeah Yeahs remix. Ive seen someone post it on their blog, and thanks to DJ Paul V who even played it out on his LA radio show! crazy huh.
Share
Posted by RJ on 5.12.06
10 comments
10 Comments:

Moulinex and Buraka Som Sistema are HOT!!!
The first ones are not very know but Buraka are becoming bigger and bigger!

i was looking for that claude vonstroke remix!!!
i've got something cool to send to you in a couple of days

anyway, by reading this post it really made me wanna go dancing with you! no one cool danced with me @ sinden and nobody recognized the songs... so, next time we're in london together ey?

Anonymous said...
s'no wonder your maps/world mash-up is getting posted all over the shop. its a great tune. i am playing out on saturday night and will definitely be dropping it
December 07, 2006 10:07 pm

Anonymous said...
Hey mate, just came across your page randomly and love the tracks you've put up here, we should compare playlists sometime! If you find a good version of the switch mix of no more convo I'm all over it! Electronic music is a dangerous addiction ;-)