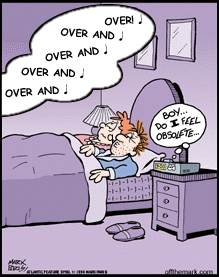 Ok I know I havent posted in over a week, and thats terrible of a new blogger trying to make a good impression. But don't you worry now... Im back, was ill after getting soaked in the rain while getting drunk in this town where good music really doesn't have much of a role in the nightlife.
So here's something for you then, a mix I did earlier this month. Its from a series I like to call the Steam Sessions, mixes I sometimes like to do after a night out getting drunk in town with mates, reluctantly swaying to Pussy Cat Dolls and the usual shit. Basically I get a hunger for the music that Ive missed all night and so I go home, stick the headphones on so that I don't wake up my folks, and have a bit of a mix. Although one time I forgot to turn the master output down, and woke them up with some raging Radio Slave beats! I Didn't even notice because I had the headphones on! + was steaming of course.
Let me explain some things first before your harsh judgements. The mixing can be fucked at times, depending on how much Ive drank that night, then sometimes I surprise myself with the stuff I manage to pull off under the influence. Secondly note that the mixing is done using only headphones so theres very little use of a cue mix, and then theres the tracklisting which can be quite random, and just picked from the playlist of music from the past 5 years+ as I go along. This is one of many drunken mixes, so if anyone likes it perhaps ill post more in the future.
These mixes are done using PCDJ Red and an external mixer, its an ancient, simple peice of software (circa 2001!) Ive been using for years, and so find very easy to use. Even when pissed.